The Minister, who described this year’s admission into SHSs, as the best since the inception of the Computerized School Selection and Placement System (CSSPS) in 2005, said the Ministry was working round the clock to ensure that the backlog of 8.2 per cent of qualified candidates were placed in SHSs.

Dr Opoku Prempeh made the disclosure in Accra; when he took his turn during the Meet the Press Series, to update the public on the CSSPS Placement.

He said there were 721 SHSs available for students to attend, whereas the total vacancies declared by heads of secondary schools were 520,298.

He said the West African Examination Council (WAEC) released BECE results of 512,083 candidates; stating that “so you can see that even if all the students passed by the WAEC results, they would all go to secondary school without any problem”.

He said out of the 520,298, a total of 38,355 were disqualified for either failing in Mathematics or English Language.

Dr Opoku Prempeh said the total number of qualified candidates was 473,728, which was far less than the number of vacancies declared.

He said when the CSSPS released the placement result, 74.10 per cent (351,022) had automatic placement; those candidates had been placed in a school of their choice.

Self-Placement is when a candidate doesn’t get the school of his choice, the Computer opens up, depending on the grade a candidate got, schools that have vacancies in that category and the candidate would have to choose whether he wants to be a day or boarding student, before placement is made.

He said on September 10, they realised that the self-placement model was breached and the Ministry received reports from some secondary school heads that the number of self-placement candidates and automatic placement outnumbered their quota.

He said some parents were using fake self-placement forms to seek admissions for their wards in category A-schools, hence, the Ministry had to suspend the self-placement system.

With regards to what happened at the Independence Square on Monday, in which some prospective students who were seeking for placement into SHSs collapsed, Dr Opoku Prempeh noted that situation was regrettable.

He said aside the Accra Resolution Centre, there were 15 other Centres in all regional capitals, and that what happened in Accra Centre did not happen in any of the regional 15 Centres.

He noted that the Government was expanding infrastructure such as dormitory blocks in the SHSs to accommodate more students.

“Some people see everything as a game, but education should never be one of the games,” Dr Opoku Prempeh said.

Posted by Mlimore - March 25, 2019 0
The National Accreditation Board (NAB) has warned the general public against accepting honorary doctorate degrees from the Commonwealth University and… 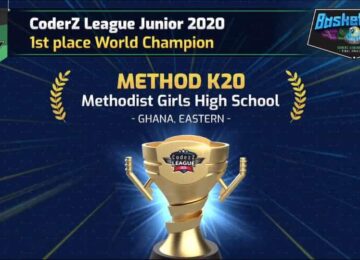 Posted by Mlimore - October 1, 2019 0
The Government has clarified that the approved curriculum framework for basic schools does not include Comprehensive Sexuality Education (CSE). Addressing…