Six basic school head teachers in the East Gonja municipality of the Savannah Region have had their October salaries blocked for vacating their duty post to serve as senior registration officers for the just ended Ghana Card registration exercise in the area.

According to the Ghana Education Service (GES), the 35 teachers without permission absented themselves from school between October 2 and 23.

“Be reminded that your action could be considered a vacation of post (as 10 continuous working days absence without permission is deemed a vacation of post by GES code of conduct),” a letter from the East Gonja Municipal Director of Education, Mohammed Abu Baba, to the teachers read.

According to him, “Management [of the GES) is unaware of your whereabouts in the municipality”.

“It is sad to not that at the time that the directorate is struggling to ensure the takeoff of the new standardized based curriculum, teachers could leave the classroom thereby leaving children to their fate for a month without recourse to management,” the letter stated.

The letter was copied to the Municipal Chief Executive, CHRAJ and the Bureau of National Investigations in Salaga.

The Director thus gave the all the 35 teachers to explain in writing why disciplinary action should not be taken against them as per the GES regulations, stating it will be “in your own interest” for them to do so on or before October 30.

Checks by 3news.com revealed the Director of Education has already written to the GCB Bank in the area to block the October salaries of the six head teachers among the 35 affected GES staff until further notice.

GCB Bank, 3news.com gathered, has acted on that letter and blocked the salaries of the six but that of the 29 teachers have since received their salaries for October.

But some of the teachers, who spoke to 3news.com on condition of anonymity, have justified their action, stating the exercise they engaged in was for national interest.

They did not understand why they have been queried especially when teachers in other areas in the country who took part as officials in the registration for the Ghana Card were never queried whatsoever for leaving their classrooms.

“The Director and two of his deputies doing this are all on pension and I don’t know what they are still doing in East Gonja,” one of the teachers told 3news.com
The teachers said the director will not find it easy if he tries to make a case out of the issue.

Posted by Mlimore - August 14, 2020 0
Former President John Dramani Mahama, the Flagbearer and Leader of the National Democratic Congress (NDC) has said the next NDC…

Posted by Mlimore - June 4, 2020 0
The Management of the University of Ghana has fixed June 8 to July 3 for the commencement of examinations for… 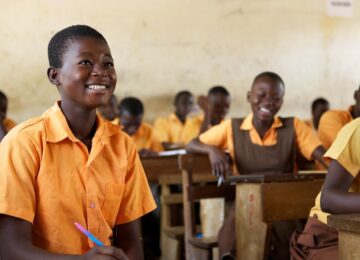 Posted by Mlimore - August 31, 2020 0
Nursery, kindergarten, primary, JHS one and SHS one students will go to school in January 2021, President Nana Addo Dankwa…

GES to discipline students over misconduct after examinations

Posted by Mlimore - August 7, 2020 0
The Ghana Education Service (GES) on Thursday said it will not tolerate any crass indiscipline among students and unprofessional conducts…

Posted by Mlimore - December 11, 2019 0
Manny Pacquiao uploaded his graduation pictures on his social media handle Facebook this evening for the world to know that…