Some members of the Coalition of Certified Community Teachers (CCCT), in the Northern region, have appealed to government through the Ghana Education Service (GES), to absorb them.

They said they had obtained their Untrained Diploma in Basic Education Certificates between 2014 and 2017, with registered numbers as trained teachers and had since passed their licensure examinations, but had not yet been engaged by the GES.

They made the appeal in a statement issued by the Coalition in collaboration with the Northern Regional Youth Network and signed by Mr Iddrisu Yussif, the President of the CCCT, and copied to the Ghana News Agency, in Tamale.

The statement said “we started our journey to become qualified trained teachers by volunteering to teach in wing schools from 2007 to date.”

“These are schools located in deprived and hard to reach communities in the Gushegu, Karaga and Saboba Districts of the Northern region, and the East Gonja District of the Savannah region, and between 2007 and 2018, we provided opportunity to over 17, 000 pupils to realise their right to quality education”, it noted.

The statement further explained that “though the district education authorities attempted to fulfil their promises by getting us recruited as professional teachers, they have succeeded in recruiting only 30 of us as at March 2017 and since then, no one from our group has been recruited, even though we have met all the requirements”.

It expressed worry that they had served in deprived communities without salaries, adding, “We have made several efforts at securing full time employment with the Ghana Education Service, but our efforts have been in vain”.

They, therefore, called on the government and GES to formally employ them to continue to render their services to contribute to the development of children in these areas.
source:GNA

Posted by Mlimore - September 13, 2020 0
The fate of over 200 candidates who will be beginning their Basic Education Certificate Examinations on Monday, September 14 have…

Posted by Mlimore - July 4, 2019 0
Disability is a matter of perception. If you can do just one thing well, you’re needed by someone – Martina…

Posted by Mlimore - March 21, 2019 0
The University of Cape Coast (UCC) beat three other universities in the Western and Central Regions to emerge winners of…

Posted by Mlimore - November 26, 2019 0
The Commercial Division of the Accra High Court has struck out the suit filed by 110 headteachers of public basic… 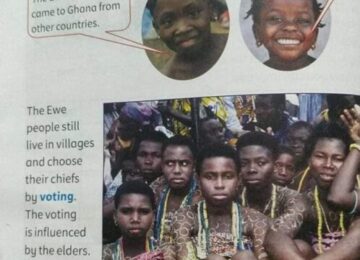 Posted by Mlimore - March 17, 2021 0
The National Council for Curriculum Assessment (NaCCA) has said the controversial textbooks trending in the social media space that “distastefully”…