President Muhammadu Buhari has said that anyone found guilty of engaging in sex-for-marks in Nigerian tertiary institutions will be made to face the full wrath of the law.

The president, who stated this in his address at the 35th convocation of the University of Ilorin (UNILORIN) on Wednesday, October 23, said anyone found culpable will serve the stiffest punishment under the law, The Nation reports.

Legit.ng gathers that President Buhari was represented at the event by a deputy director in the National University Commission (NUC), Dr Suleiman Ramon-Yusuf.

The president said that the irresponsibility and indiscipline of a few misguided academics is bringing negative reputation of immorality and shame upon the country’s institutions of higher learning.

He said: “Definitely, our universities can do without the negative and scandalous attention being paid to them and our dear nation in the wake of trending stories of sex-for-grades and sexual harassment, which has assumed a global dimension.

“It is most reprehensible that while some of our more illustrious university staff are making concerted efforts to improve the continental and global ranking of Nigeria’s universities and indeed some of our universities are already beginning to make more respectable showing on continental and global league and ranking tables, such efforts are now being overshadowed by the negative reputation of immorality and shame being brought upon our citadels of higher learning by the irresponsibility and indiscipline of a few misguided academics.

According to President Buhari, it is most disheartening that people who are expected to train, guide and groom students turned round to breach the trust and confidence reposed in them by exploiting the students entrusted into their care and under their tutelage.

The president said: “Henceforth all culprits shall face the full wrath of law as they will be prosecuted and those found guilty will serve the stiffest punishment under the law.”

Meanwhile, Legit.ng previously reported that the Academic Staff Union of Universities (ASUU) called for thorough investigation and appropriate sanction for lecturers indicted in the alleged sex-for-grades-scandal in order to sanitise the university system.

The chairman of the University of Lagos (UNILAG) branch of ASUU, Dr Dele Ashiru, said that the union was against all forms of unethical practices, including sexual harassment.

Posted by Mlimore - April 10, 2019 0
The Ghana Education Service (GES) and the Millennium Promise Alliance Inc, a non-governmental organisation (NGO), have signed a memorandum of…

Posted by Mlimore - April 5, 2015 0
Melonie Wright is one of those women that we can truly say never let her circumstance dictate her destiny. The… 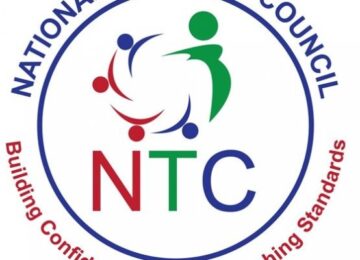 Posted by Mlimore - August 27, 2020 0
The National Teaching Council (NTC) has fixed September 24 and 25 for this year’s Ghana Teacher Licensure Examination. A statement…