Head of Planning and Monitoring at the Ho Municipal Education Directorate has observed that the school feeding programme was making some parents shed their feeding responsibilities in the various homes.

He said the Directorate established that some parents dispatch their children to school without providing breakfast, which remained an important meal.

Mr Adjei said this at the 2019 Open Day celebration of the Ho Bankoe Methodist Primary School.

He said the feeding programme provided meals at lunch time, and that relying solely on that for the food needs of school children was an act of irresponsibility.

Mr Adjei said some children who go home to feed missed out on class sessions, and appealed to parents to support government’s efforts by ensuring that school children had breakfast before going to school.

“Government is not taking up their responsibilities. We are all stakeholders and must not leave the burden on government alone”, he stated.

Mr Adjei said same applied to the provision of free uniforms, and that some parents also cared little about the state of their wards school attire.

“We are appealing to parents to show some concern with the way their children appear”, he said.

Mr Adjei said the policy on corporal punishment was still holding, and appealed to stakeholders to instil “positive discipline” in children.

The celebration was on the theme “Rekindling the Experimental Glory of Methodist Schools; the Role of Stakeholders”.

Parents, patrons and alumni of the school were present and were thrilled with cultural, and drama displays by pupils.

Madam Susana Akua Obeng, Headmistress, said “our vision is to be a model school and a catalyst for quality education that motivates our pupils to attain higher reputable levels in literacy and numeracy with good moral values making them live a balanced life now and in the future”.

She said the school’s total enrolment stood at 441 comprising 225 boys and 217 girls with a staff strength of 21, including two national service personnel.

The Headmistress said the school currently operated two streams from basic one to six with a kindergarten and a newly established nursery in the second stream.

She said the school’s oldest infrastructure, which housed some classroom blocks, head teacher’s office and storeroom was in dire need of a major renovation, saying, it had a leaking roof.

Madam Obeng said the school had become a thoroughfare for people and vehicles because it had no fence, with security and safety concerns for the pupils.

She also said erosion threatened the foundations of the school’s structures, “cutting deep” into its foundations, and appealed to the Assembly to construct an effective drainage system for the area.

The headmistress recognised the support of the Parent Teacher Association, saying the unit had provided a computer laboratory, and would require external support to equip it with computers.

She also noted that its nursery class was not spacious for its 78 pupil population, and appealed for the construction of a nursery block with the right learning atmosphere.

Mr Nelson Akorli, Ho Municipal Chief Executive who is a product of the school said Government would ensure that all schools received fair share of its educational support programmes, and asked the pupils to study hard and access government’s Free Senior High School policy.

The Ho Bankoe Methodist Primary school was established in March 1957 with 35 pupils under a shed.

The school was in July 2019 included in the School Feeding Programme.

‘Private tertiary institutions must be funded by government’

Posted by Mlimore - May 6, 2019 0
Professor Stephen Adei, the Chairman of the National Development Planning Commission, has called on the Government not to deprive private… 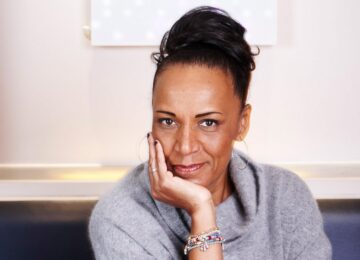 Posted by Mlimore - January 5, 2021 0
Scottish-Ghanaian architect Lesley Lokko, who founded the Graduate School of Architecture (GSA) at the Uni. of Johannesburg in 2015, wins…

GES must prioritize security in schools to prevent attacks – Coalition

Posted by Mlimore - May 9, 2019 0
The Media Coalition against Open Defecation (M-CODE) has called on the Ghana Education Service (GES) to adopt a strategy aimed…

Posted by Mlimore - August 2, 2020 0
This year’s West African Senior School Certificate Examination (WASSCE) will commence on Monday, August 3, with a total of 375,737… 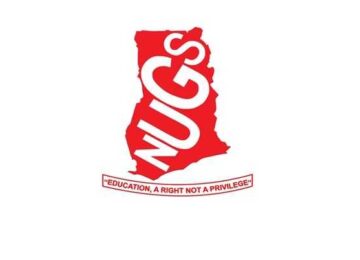 Posted by Mlimore - September 8, 2020 0
The National Union of Ghana Students (NUGS) has hailed the National Democratic Congress’ (NDC) promise to absorb 50 per cent…