Per the current regulation, private universities will need to be affiliated to public universities for not less than 10 years, before gaining autonomy.

“With the affiliation systems for the private universities, some of them have not had their independence after 15 and even 18 years. We have realised that there are other ways we can do it. We are putting measures in place. It is not as if the private institutions are inferior and the public ones are superior. Whatever regulation that is agreed can now be applied to both. So when the necessary legislation is approved by Parliament, it will imply that we are no longer going to have university colleges. They will start in their own name and the degrees they are going to offer their own degrees and not by the public universities.”

The Government last week made a strong case for a single statute for the management of all tertiary institutions in the country.

According to the Education Minister, Matthew Opoku Prempeh, the move is in line with best practices in the world.

He further debunked claims that the move is part of government’s efforts to take control of the management of public universities.

The Ministry of Education has disclosed that it is merging the National Council for Tertiary Education (NCTE) and the National Accreditation Board (NAB).

This the ministry said, has become necessary due to the overlapping functions of the two regulatory bodies in the education sector.

The new entity when inaugurated will have one Director General and three deputies to manage its affairs.

According to Prof. Yankah,  the merger will reduce administrative cost and the duplication of roles.

“We are merging two important regulatory bodies. That is the National Accreditation Board and the National Council for Tertiary Education. Through the laws that set them up, we realised that they are overlapping functions. So what we have decided to do is to merge the NCTE and NAB  into one body. We will have one Director General and then three Deputies working together. We are doing this to reduce administrative cost and repetitiveness of functions. Some of the acts cannot easily tell which decisions of the two bodies as higher or lower priorities.

Posted by Mlimore - February 23, 2019 0
The maiden edition of the Tertiary Business Sense Challenge (TBSC) lived up to the expectation of the organisers and sponsors… 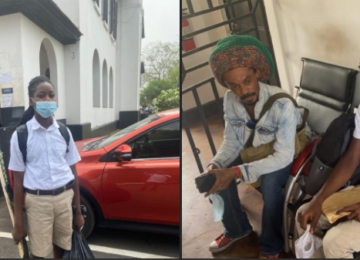 Posted by Mlimore - March 22, 2021 0
Achimota School has rejected a directive by the Ghana Education Service to admit two Rastafarian students. Headmistress of the school…