Mr Isaac Yaw Brenya, the Assemblyman for Abonsua Electoral Area in Sunyani on Thursday suggested to the Sunyani Municipal Assembly to undertake thorough family background checks of applicants before awarding scholarships to students.

He noted the Assembly’s scholarship package was primarily designed to benefit brilliant but needy students, but expressed worry that most of the beneficiaries came from wealthy families who could afford to finance the education of those beneficiaries.

Mr. Brenya described the situation as inappropriate and unfair to the detriment of the actual brilliant but needy students in the Municipality.

Contributing to discussions at the First Ordinary Meeting of the Fourth Session of the Sixth Assembly on Tuesday in Sunyani, he observed the scholarship package would lose its objective and tend to benefit the rich if the Assembly did not do the background checks of applicants.

Mr. Brenya indicated that though some of the students might qualify for the scholarship, the Assembly must consider only brilliant but needy students so that they could also pursue tertiary education.

Madam Justina Owusu-Banahene, the Sunyani Municipal Chief Executive had earlier indicated that because education was the topmost priority of the Assembly, its Scholarship Review Committee would ensure that all deserving students, benefitted.

She advised students in the Municipality to learn hard and do their best to obtain best grades in the West African Senior Secondary Certificate Examination (WASSCE) to benefit from the scholarship. 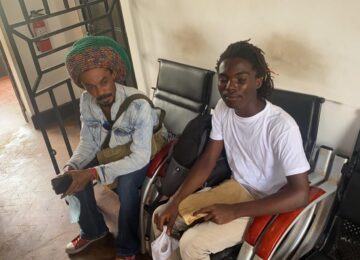 No vacancy, no employment – NAPO to trained teachers

Posted by Mlimore - March 13, 2019 0
Trained teachers who have passed their licensure examination and successfully ended their national service will only be employed by the…

Posted by Mlimore - April 17, 2019 0
A workshop which brought together Examination Coordinators, Guidance and Counselling Officers, PROs and other major Stakeholders of Education was organized…

Posted by Mlimore - June 20, 2019 0
The University of Education (UEW) has, with immediate effect, sacked its visiting Nigerian lecturer, Prof. Augustine Uzoma Nwagbara over comments he…