Speaking during the commencement ceremony for the private, all-male, historically black liberal arts college in Atlanta, Smith made the surprise announcement offering an estimated $40 million to pay off the debt of the nearly 400 graduating seniors.

“My family is going to create a grant to eliminate your student loans,” Smith said. “You great Morehouse men are bound only by the limits of your own conviction and creativity.”

The 56-year-old CEO, chairman and founder of Vista Equity Partners received an honorary doctorate from Morehouse College on Sunday and had already announced a $1.5 million gift to the school, the Atlanta Journal-Constitution reported.

Smith also said he was confident that the 396 members of the graduating class that received the gift would “pay it forward.”

“I want my class to look at … these beautiful Morehouse brothers and let’s make sure every class has the same opportunity going forward because we are enough to take care of our own community,” he said. “We are enough to ensure we have all the opportunities of the American Dream.”

Tonga Releford estimated that her son Charles Releford, a member of the 2019 graduating class, has student loans totaling about $70,000.

“I feel like it’s Mother’s Day all over gain,” she said.

Morehouse President David A. Thomas praised Smith for exemplifying all the lessons he discussed in his address.

“Your generosity amazes us, it also teaches us a lesson and that is that, not that it’s about how much you give, but that you give,” Thomas said. 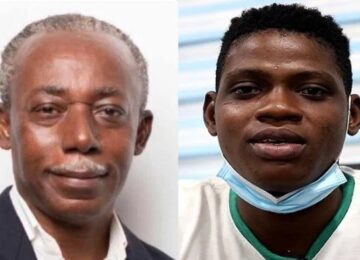 Teachers work more unpaid overtime than anyone else

Posted by Mlimore - December 8, 2019 0
Prosecutors filed a case of kidnapping against teacher in Salt Lake City, Utah, this week, alleging she had left her…

Both Educators And Students Are More Stressed Than Ever, According To New Studies

Posted by Mlimore - January 11, 2019 0
Both Educators And Students Are More Stressed Than Ever, According To New Studies Overcrowded classrooms, high workloads, and yes, the…