Evidence from brain science suggests that far from being “babyish,” the technique is essential for mathematical achievement.

Nearly all kids learn how to count using their fingers. But as kids grow older and math problems become more advanced, the act of counting on fingers is often discouraged or seen as a less intelligent way to think. However, educators, parents and students who frown on kids for using their fingers may be cutting short a greater opportunity: the strengthening of brain networks.

Stanford professor Jo Boaler writes in The Atlantic about the neurological benefits of using fingers and how it can contribute to advanced thinking in higher math.

Stopping students from using their fingers when they count could, according to the new brain research, be akin to halting their mathematical development. Fingers are probably one of our most useful visual aids, and the finger area of our brain is used well into adulthood. The need for and importance of finger perception could even be the reason that pianists, and other musicians, often display higher mathematical understanding than people who don’t learn a musical instrument.

Boaler has developed research and curriculum to support a more engaging way to teach math by applying visual thinking, numeracy and growth mindset. Her program, YouCubed, at Stanford University, helps students and teachers get past roadblocks to learning math. Math anxiety has been well-documented as an obstruction to learning math. By drawing attention to these disparities and rethinking how math is taught, Boaler is creating a wider path for students, and adults, to develop a love of math.

It is hardly surprising that students so often feel that math is inaccessible and uninteresting when they are plunged into a world of abstraction and numbers in classrooms. Students are made to memorize math facts, and plough through worksheets of numbers, with few visual or creative representations of math, often because of policy directives and faulty curriculum guides. The Common Core standards for kindergarten through eighth grade pay more attention to visual work than many previous sets of learning benchmarks, but their high-school content commits teachers to numerical and abstract thinking. And where the Common Core does encourage visual work, it’s usually encouraged as a prelude to the development of abstract ideas rather than a tool for seeing and extending mathematical ideas and strengthening important brain networks.

Husband, wife and dad to graduate together from same university on same day

Posted by Mlimore - February 27, 2019 0
Rwanda is working with OneWeb, a UK based company, to unveil a satellite that will provide broadband internet to schools… 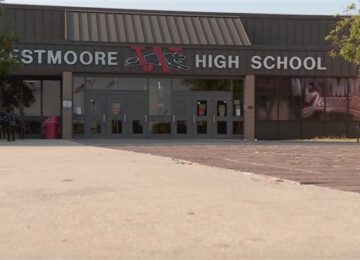 Posted by Mlimore - September 18, 2020 0
A Massachusetts high school student went to in-person classes on the first day of school despite having tested positive for…

Posted by Mlimore - April 11, 2019 0
The West African Examinations Council (WAEC) has said it would commence the administration of practical and theory papers for the…

Woman aged 57 among candidates for the 2020 BECE

Posted by Mlimore - September 18, 2020 0
A 57-year old Madam Elizabeth Yamoah, who enrolled at Odoben Presbyterian Junior High School (JHS) in 2017, is among the…