The maiden edition of the Tertiary Business Sense Challenge (TBSC) lived up to the expectation of the organisers and sponsors when the curtain was brought down on the competition yesterday with the grand finale between the University of Cape Coast (UCC) Business School and Wisconsin International University.

When the three representatives for each of the two competing universities were called on stage by the quiz master, Mr Alhassan Triawule, the atmosphere was charged with some students and faculties of the two schools cheering the contestants on.

This was, however, not without some anxiety and tension on the faces of the contestants.

At the end of the contest, Wisconsin could not live up to its pre-final accolade as the underdogs but surrendered to the more experienced counterparts from the UCC.

And when the quiz master announced that Wisconsin obtained 24 points against UCC’s 50 points, it was only a confirmation of what the audience, who included students and alumni of both schools, business executives and staff of Graphic Communications Group Limited (GCGL) in the studio expected.

Unlike Wisconsin who lost their first contest to University of Education, Winneba (UEW) before upsetting University of Ghana Business School (UGBS) to earn themselves a spot in the final, UCC trampled over all the schools they met, beating three to make it into the Studio B of one of Ghana’s best private TV stations, TV3.

However, in the third place contest, University for Development Studies (UDS) also garnered 41 points to beat UGBS, who obtained 39 points.

By that they will journey back to their base in Wa, some 700km away from the national capital, as third place winners of the TBSC.

The challenge was sponsored by the Ministry of Business Development and eight other corporate institutions.

The institutions included the Accra Brewery Ltd (ABL), BIC and the British Council. The rest were Passion Air, GLICO, the Fidelity Bank, the Institute of Chartered Accountants Ghana (ICAG) and the Chartered Institute of Management.

Posted by Mlimore - July 9, 2019 0
Heads of basic schools in the country have been directed to use price quotations for the printing of the end… 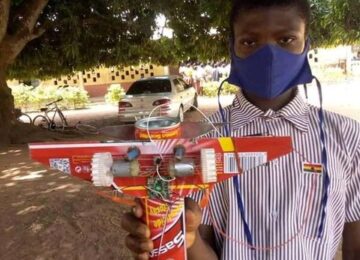 Posted by Mlimore - March 15, 2021 0
The young, gifted ones in the country are doing marvelous projects which are beyond our understanding. Atta Gad, a…